What Happens if You Don’t Brush Your Teeth? Oral health is important, from clean gums and good breath to strong teeth. If you don’t brush your teeth, it can cause plaque buildup, leading to tooth decay and gum disease. In some cases, it leads to heart disease, pancreatic cancer, Alzheimer’s disease, diabetes, and other serious health conditions. Dental health that is not taken care of can lead to many health problems. Here are some health problems that develop if you don’t brush your teeth.

1. Drilling Down on the Biochemistry of Tooth Decay

There are two primary structures that are used during teeth formation, inorganic and organic structures. Mineralization is the process by which inorganic minerals are deposited in a tooth’s structure. It occurs early in the formation of teeth, while they are still made up only of cells. In later stages, after the teeth have mineralized, minerals can be deposited in the form of plaque composed of bacteria and microbes, sugar dissolved in saliva and mucus, and other food particles. When the teeth begin to decay, the plaque acids break down calcium phosphate that is part of the teeth’ structure, eroding them away and forming a cavity. The natural microbiota that lives in your mouth maintains balance, and when there is no balance, a disruption erupts that later triggers the disease.

When demineralization occurs, the dental plaque starts attacking the tooth’s crystals, which are made of hydroxyapatite, the main constituent of enamel, distributed along the outermost layer of your teeth. These crystalline structures made from apatite are responsible for tooth strength and proper formation to support your teeth. This can occur after one flaw in a tooth’s structure is developed. Streptococcus mutans is a bacterium that plays a major role in demineralization. This bacterium utilizes sugar fructose to grow; if this activity continually occurs, it can eventually lead to tooth decay.

Studies show that people with periodontitis have a high chance of developing Alzheimer’s or dementia. It shows that people diagnosed with periodontitis experience cognitive decline in memory and attention span. The study further showed that the inflammation caused by bacterial infection could cause nerve cells to stop working, which may lead to dementia. The bacteria in the mouth and gums lead to inflammation and can cause Alzheimer’s disease development.

The Porphyromonas gingivalis bacteria travels from the mouth to the brain through the bloodstream. The bacteria releases gingipains enzymes that can lead to neurons dying. Once the nerve cells die, it causes memory loss which leads to Alzheimer’s disease. The gut bacteria can also increase inflammation, which is another factor in the degeneration of brain cells. The connection between gum disease and cognitive health is a growing area of research. Research showed that people with periodontal disease typically have higher cholesterol, inflamed arteries, and higher blood pressure than their peers from an early age to old age. It was also noticed that those with gum disease have memory impairment as they age.

Research shows that gum disease is linked to some cancers. Patients with periodontitis were more likely to develop mouth, throat, esophagus, stomach, and colon cancer. The research further showed that the development of these cancers was caused by the bacteria that cause periodontal disease. The bacteria in periodontitis infection attract immune cells to attack it. These immune cells release pro-inflammatory cytokines, which cause inflammation and tissue damage. These cytokines are responsible for the development of some tumors. Some studies show that people with aggressive forms of periodontitis were found to have a higher risk of developing bladder and esophageal cancers. The bacteria present in periodontitis infection can invade and destroy healthy cells in the body.

The bacteria that cause periodontitis increase inflammation in the body and can lead to cardiovascular disease. Research shows that people who have oral health complications are at risk of suffering from a stroke. Experts say that the bacteria release toxins that can cause protein buildup in the blood vessels; these toxins can lead to inflammation that activates immune cells and causes clots to form in arteries.

The bacteria have also been linked to higher cholesterol, lower heart rate, and lower blood pressure. Streptococcus bacteria increased at sites of plaque accumulation and gum disease. The study by the University of Bristol showed that the streptococcus bacteria could use the PadA protein to attack platelets causing blood clots. Maintaining good dental hygiene can help to prevent heart disease.

Research shows that many pregnant women are affected by gingivitis, which develops into gum disease. The hormonal changes during pregnancy may trigger a mouth infection. Pregnant people with periodontitis infection may give birth to babies with low birth weight or may experience premature births. The bacteria can further cause inflammation, which can lead to pregnancy complications. The bacteria in periodontitis infection may also spread through the bloodstream and be passed on to the fetus. The effects of endotoxins can cause fetal problems such as underdevelopment, brain damage, and abnormal breathing.

The research also looked into the connection between SIDS and periodontal disease. The study showed that the bacteria in the mouth and gums cause endotoxins. The endotoxin is a toxin that accumulates in the body, causing inflammation and resulting in SIDS.

Bacteria in the mouth can cause many diseases, including gum disease; the bacteria can travel through the bloodstream and affect the heart, brain, pancreas, and other vital organs of the body. These bacteria create oral health complications and birth complications in pregnant women and can lead to death. If a person experiences swollen cheek or pale face along with bad breath, one must go to the dentist immediately because it indicates periodontitis infection. Visit a dental care center regularly for checkups. You can contact Atlantic Dental Group to book an appointment. 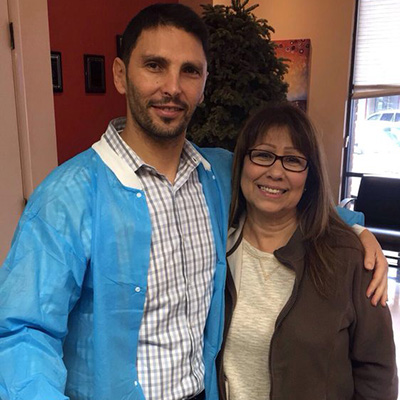 Both doctors are best at what they do. The staff are very kind and helpful. Trusted, confidence, reasonable price. Highly recommended.

Had my first visit recently after moving I was in need of a new dentist. I can’t say enough about this place. Scheduling was easy and hours were flexible. When I showed up for my apt. I was greeted with a friendly smile, and was seen at my scheduled time. END_OF_DOCUMENT_TOKEN_TO_BE_REPLACED

First time here and I already love it. I hate the dentist, and am terrified even though I’m in my twenties. They made me feel comfortable. First, I had to do X-Rays and the lady noticed I was struggling keeping the thing in and it made me gag so she END_OF_DOCUMENT_TOKEN_TO_BE_REPLACED 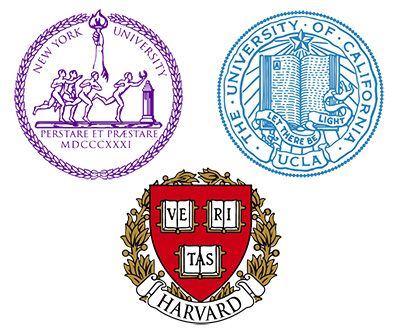 Whittier Dentist Dr. Paz and his team of orthodontists and specialists address the full spectrum of preventative, restorative and cosmetic needs. For the convenience of our patients, we provide almost every dental service that our patients may need. The following are some of the dental services we offer: